9 Benefits and Uses of Oregano Oil

Oregano is a fragrant herb that’s best known as an ingredient in Italian food.

However, it can also be concentrated into an essential oil that’s loaded with antioxidants and powerful compounds that have proven health benefits.

Oregano oil appears to be useful both when consumed or applied to the skin.

Interestingly, it’s an effective natural antibiotic and anti-fungal, and may also help you lose weight and lower your cholesterol levels.

What Is Oregano Oil?

Oregano oil comes from the leaves and shoots of the oregano plant.

Botanically known as Origanum vulgare, oregano is a flowering plant from the same family as mint. It is often used as an herb to flavor food.

Although it is native to Europe, it now grows all over the world.

Oregano has been popular ever since the Greeks and Romans used it for medicinal purposes in ancient times. In fact, the name oregano comes from the Greek words “oros,” meaning mountain, and “ganos,” meaning joy or delight.

Oregano oil is made by air-drying the leaves and shoots of the plant. Once they are dried, the oil is extracted and concentrated by steam distillation (1).

The oil contains compounds called phenols, which have powerful antioxidant properties. Here are four of the major ones:

These phenols, along with minerals such as magnesium and zinc, and vitamins such as A, C and E, are thought to underlie oregano’s many health benefits.

Here are nine potential benefits and uses of oregano oil.

Oregano oil and the carvacrol it contains may be nearly as effective at fighting bacteria as some antibiotics.

Staphylococcus aureus bacteria are one of the most common causes of infection. They cause ailments including food poisoning and skin infections.

One particular study looked at whether oregano oil improved the survival of mice infected with Staphylococcus aureus.

Research has also shown that oregano oil taken by mouth can be effective against types of bacteria that can become resistant to antibiotics.

This includes Pseudomonas aeruginosa and E. coli, both of which are common causes of urinary tract and respiratory tract infections (7, 8).

Summary: One mouse study found oregano oil to be almost as effective as antibiotics against common bacteria. It may also be useful against bacteria that can become resistant to antibiotics.

Studies have shown that oregano oil may help lower cholesterol.

In one study, 48 people with mildly high cholesterol were given diet and lifestyle advice to help lower their cholesterol. Thirty-two participants were also given 0.85 ounces (25 ml) of oregano oil after each meal.

After three months, those given the oregano oil had lower “bad” LDL cholesterol, and higher “good” HDL cholesterol, compared to those just given diet and lifestyle advice (9).

Carvacrol, the main compound in oregano oil, has also been shown to help lower cholesterol in mice that were fed a high-fat diet over 10 weeks.

The mice given carvacrol alongside the high-fat diet had significantly lower cholesterol at the end of the 10 weeks, compared to those that were just given a high-fat diet (10).

The cholesterol-lowering effect of oregano oil is thought to be the result of the phenols carvacrol and thymol (11).

Summary: Oregano oil has been shown to lower cholesterol in studies of people and mice with high cholesterol. This is thought to be the result of the compounds carvacrol and thymol.

It is thought that free radical damage plays a role in aging and the development of some diseases, such as cancer and heart disease.

Free radicals are everywhere, and are a natural product of metabolism.

However, they can build up in the body through exposure to environmental factors, such as cigarette smoke and air pollutants.

One study compared the antioxidant content of 39 commonly used herbs, and found that oregano had the highest concentration of antioxidants.

It found that oregano contained 3–30 times the levels of antioxidants in the other herbs studied, which included thyme, marjoram and St. John’s wort.

Oregano also has 42 times the antioxidant level of apples and four times that of blueberries, gram per gram. This is thought to be mostly due to its rosmarinic acid content (12).

Because oregano oil is very concentrated, you need much less oregano oil to get the same antioxidant benefits as you would with fresh oregano.

Yeast is a type of fungus. It can be harmless, but overgrowth can result in gut problems and infections, such as thrush.

The most well-known yeast is called Candida, which is the most common cause of yeast infections worldwide (13).

In test-tube studies, oregano oil has been found to be effective against five different types of Candida, such as those that cause infections in the mouth and vagina. In fact, it was more effective than any other essential oil tested (14).

Test-tube studies have also found that carvacrol, one of the main compounds of oregano oil, is very effective against oral Candida (15).

High levels of the yeast Candida have also been associated with some gut conditions, such as Crohn’s disease and ulcerative colitis (16).

A test-tube study of the effectiveness of oregano oil on 16 different strains of Candida concluded that oregano oil may be a good alternative treatment for Candidayeast infections. However, more research is needed (17).

Summary: In test-tube studies, oregano oil has been shown to be effective against the most common form of yeast, Candida.

Oregano may benefit gut health in a number of ways.

Gut symptoms such as diarrhea, pain and bloating are common and can be caused by gut parasites.

One study gave 600 mg of oregano oil to 14 people who had gut symptoms as a result of a parasite. After daily treatment for six weeks, all participants experienced a reduction in parasites, and 77% were completely cured.

Participants also experienced a reduction in gut symptoms and tiredness associated with the symptoms (18).

Oregano oil may also help protect against another common gut complaint known as “leaky gut.” This happens when the gut wall becomes damaged, allowing bacteria and toxins to pass into the bloodstream.

In a study on pigs, oregano oil protected the gut wall from damage and prevented it from becoming “leaky.” It also reduced the number of E. coli bacteria in the gut (19).

6. May Have Anti-Inflammatory Properties

Inflammation in the body is linked to a number of adverse health effects.

Research has shown that oregano oil may reduce inflammation.

One study found that oregano oil, along with thyme oil, reduced inflammatory markers in the blood in mice that had artificially induced colitis (20).

Carvacrol, one of the key components in oregano oil, has also been linked to reducing inflammation.

One study directly applied different concentrations of carvacrol to the swollen paws or ears of mice. Carvacrol reduced paw swelling by 35–61% and ear swelling by 33–43% (21).

Oregano oil has been investigated for its painkilling properties.

One study in mice tested standard painkillers and essential oils, including oregano oil, for their capacity to relieve pain.

It found that oregano oil significantly reduced pain in mice, with effects similar to the commonly used painkillers fenoprofen and morphine.

The research proposed these results were likely due to the carvacrol content of oregano oil (22).

A similar study found that oregano oil not only reduced pain in rats, but that the response was dose-dependent. That is, the more oregano oil the rats consumed, the less pain they appeared to feel (23).

Summary: Oregano oil may significantly reduce pain in mice and rats, having similar pain-relieving effects as some commonly used medications.

8. May Have Cancer-Fighting Properties

A few studies have indicated that carvacrol, one of the compounds of oregano oil, may have cancer-fighting properties.

In studies on cancer cells in test tubes, carvacrol has demonstrated promising results against lung, liver and breast cancer cells.

Although this is promising research, there have not been any studies carried out on people, so more research is needed.

9. May Help You Lose Weight

Thanks to oregano oil’s carvacrol content, it may help with weight loss.

Furthermore, carvacrol appeared to reverse the chain of events that can lead to the formation of fat cells (27).

More research is needed to demonstrate that oregano oil has a role in weight loss, but it may be worth trying as part of a healthy diet and lifestyle.

Summary: Oregano oil may be beneficial for weight loss through the action of carvacrol, though human studies are needed.

How to Use Oregano Oil

Oregano oil is available as bottled liquid oil or in capsule form. It can be bought from most health food shops or online.

It is usually cheaper as an oil than in capsule form, though capsules can be useful if you do not like the taste of oregano.

Because the strengths of the oils and capsules vary, it’s important to read the directions on the individual packet for instructions on how to use the product.

It can be applied to the skin or taken by mouth, depending on the condition being treated. However, the oil must always be diluted.

There is no documented standard effective dose of oregano oil, but here is a guide for how to use it:

If you’re interested in taking oregano oil, but you’re currently taking prescription medications, make sure to consult your doctor before you start.

In addition, oregano oil is not generally recommended for women who are pregnant or breastfeeding.

Summary: Oregano oil is available as a liquid or in capsule form. It can be applied directly to an area, dropped under the tongue or swallowed, but must always be diluted before use.

Oregano oil is relatively cheap and readily available as a liquid or in capsule form.

It is higher in antioxidants than most fruits and vegetables, and is packed full of powerful compounds called phenols.

Oregano oil may be effective against bacterial and fungal infections, inflammation and pain, among other conditions.

Overall, it appears to have several health benefits and may be useful as a natural treatment for some common health complaints. 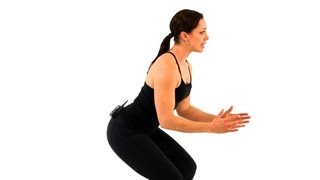 How to Perform the Perfect Squat 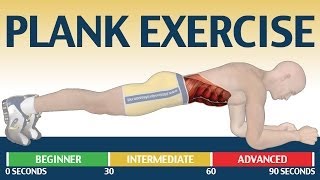 How to Perform Perfect Planks 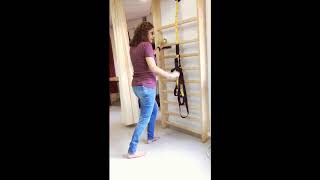 9 Benefits and Uses of Oregano Oil

9 Symptoms Of Magnesium Deficiency And 9 Foods To Fix Them

How to Perform the Perfect Squat

How to Perform Perfect Planks

Different uses of common products we have in our houses